You don’t GET good meat from a rutty old deer. You have to MAKE it…

While I can tame a good old buck ham as good as anyone, I absolutely love some of these tips taken from an instagram post on the big old 6 point buck I killed in Oklahoma this past November.

Check out some of these tips for yourselves and see if any of them don’t help.

Corned hams. And pastrami. Try it.

Use an instapot or ninga

Bottle the some of the meat Tim. That will make it eat good!

@bwricks2000 my grandfather in law does canned deer meat. It’s fantastic. I don’t have the time or patience to do it, so I bargain for his, lol

@cenpenn_electric my wife hates venison, but when I bottle it she can’t tell if I have made shredded beef tacos or shredded venison. And I don’t tell her. It does take time, but it is worth a Saturday or two at the end of the season

@solohntr shot a real mature buck recently that had a scent to him. Meat smelled fine and I let him sit on ice quartered out for 4-5 days. Cooked a bottom round with oil and seasoning on a cast iron skillet. Kind of tough and gamey. Was disappointed, any tips?? Perhaps it was the cut of meat, prep, idk

@brandonbrower cut into chunks and can the meat. Just the meat and a tablespoon of salt. After you can season it in the fry pan and use as tacos or pulled deer with bbq sauce.

@32slider will any of the meat be good for steaks? And why does it taste so gamey, more mature rutting bucks just have a bad flavor or what?

@brandonbrower how was the meat handled? Its very important at this time of year to keep hands and knives away from the back tarsals, cutting thru and handling the hind legs then touching the rest of the meat can leave a taint on the whole thing. Did you get the hid off and body cooled quickly? It can be more important to hang a mature animal for longer, 10 days plus minimum. When it was in the cooler, was it allowed to sit in water or its own liquids? Can have a very disappointing affect on meat quality

@codyvm11 so it was gutted and cleaned within 30-40 minutes. I think I avoided the tarsals well. And im hunting in Texas so hanging isn’t much of an option. So it say on ice that was relatively dry for 4 days

@codyvm11 also, why does the maturity of an animal determine how long he needs to be hung? I understand the correlation, but what’s the reason?

@brandonbrower meat is filled with intercellular collagen, a older animal has more of this then a younger animal. While hanging, enzymes breakdown this collagen making for a more tender cut. If you butchered or deboned the animal within the rigor mortis period 0-24hrs after death you may have experienced whats called muscle shorting. To improve the quality of your animal i would try as follows. Take out a cut of meat that you are looking to eat as steaks, backstrap is ideal. Have you cut the straps into steaks already or left in larger segments?. Trim all fat and silverskin from the meat and discard. Place on a wire rack with a drip tray under it. Let it sit, exposed to the air for several days. Salt it at min a few hrs before and rest on counter to warm before grilling. High heat for a short time. 135 max. Best of luck

@codyvm11 on a wire rack in the fridge that is. Forgot to say fridge

@brandonbrower you can also soak it in buttermilk, I’ve heard that it works well to remove game ness. Anyone feel free to correct me.

@codyvm11 thanks man! So it’s okay to leave previously frozen meat exposed in the fridge to the open air for 3-4 days?

@brandonbrower for sure, thats not a issue whats so ever. Also, the crap about thawing and refreezing meat cant be done is a huge load of bs. Just dont let it get warm between freezings. You will lose some moisture as when meat freezes it ruptures the cells. Thats the “blood” you see on the plate of a thawed piece of meat.

@brandonbrower in my experience it’s all about diet and how fast you cool the meat. The deer in my state taste like shit on the west side of the mountains and like beef on the other side. And does always taste better

@32slider do you suggest potentially grinding most of the older buck meat and only keeping the higher end steak cuts?

@brandonbrower I wouldn’t grind anything. I would can it. Makes it so tender too. If you like the gamey taste then eat the steaks otherwise can away. It’s really a great way to save your meat. Better and cheaper then freezing. Shelf stable for years

@32slider do I put like all blackstrap in one can? And then how long do I let it sit

@brandonbrower amazing tips below. Thanks all!!!

Give that buck some hang time for a couple weeks and it will taste better then any forkie buck. I personally dont follow the theory that a young animal tastes better. How about you? Would you prefer eat a calf elk over a nice bull? 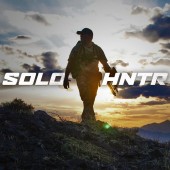 All stories by: Tim Burnett

This site uses Akismet to reduce spam. Learn how your comment data is processed.